Menu
Welcome back to school!

Red and yellow became speed demons this morning on the go-kart track! After some frantic heats we got to the final for the red group where girls proved that they are in fact the better drivers. 3rd place: Alice S, 2nd Place: Ava K, 1st place: Emily R

The girls impressed further in the next group of heats with Ellie H and Holly H showing fantastic driving skills! Melissa G listened carefully and improved as the races went on, almost winning one of her heats. Miriam J pedalled her way into contention with some very clever driving ahead of the yellow final . Final results: 3rd place: Max R, 2nd place: Dominic H, 1st place: Lucy C - well done to the ladies!

The burning rubber cooled for some ice skating time that followed to finish the morning! Meanwhile blue and green groups got their time on the go karts.

A speedy Emonie H set the early pace with Abi K and Chloe K close behind showing some very clever driving! Alysia M looked the favourite in her heat with Jack G and James S providing stern competition. Before the finals kicked off, the instructor was particularly impressed with Chloe K, Lara MB and Holly Q for their attitude to learning and improving.

Final winners for each team were Andy S and Abi K! Well done both! 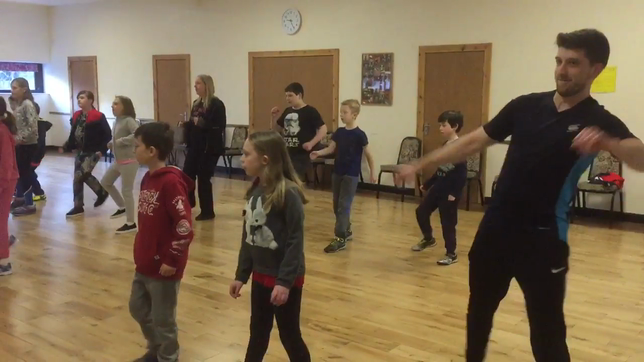 Here it is: our final (full day) update of a fantastic week! We began our day with some Latin inspired Zumba dancing - Lento! Lento!

We hit the basketball courts straight after. Blue team beat Green whilst Yellow beat Red. There were some superb performances from Theo H, Jasper B, Max R, Kombo C and Ella P!

New Kurling (basically what you see on the Winter Olympics) proved to be very popular - and quite a challenge! The children (and adults) grew in confidence with reds sealing a 4-3 Win before Yellows were victorious 3-2. Well done to Yvaine, Tom F, Ben F and Lucy I who were fantastic here.

Our day ended with a splash! The 4 teams were split into the pool for water polo and the water slides for FUN! The yellow slide won the battle of the slides proving Lindt  popular with children and adults alike for its speed and splash value.

Thank you all for a wonderful trip! Full of special memories!

Red and yellow teams began their day with a superb Bollywood dancing lesson. Our teacher Kate taught us a full routine, and with plenty of rehearsal time the children (and adults) delivered a Bollywood masterpiece! It was great to see the children so immersed in the dance, Emily G, Kombo, Alice S and Ava K led from the front!

An exhilarating game of hockey followed this. The pace of the game and energy of the children was very impressive, particularly from Tim P, Max R, Jasper B, Lucy C, Rowan B and Ben F. Final score 9-4 to Yellow team. A 6-1 Win for blue team followed - star of the show? Emily G!

Curling finished with a win for Yellow 30-22. Star of the show here was Jasper B who had a superb time leading the way with numerous successful ‘slides’. Brooklyn W and Rhys L also impressed with their terrific aim.

Our day finished with some archery (sharpshooter was Samuel W!), table tennis, volleyball and a game of bowls for our evening activity! Special mentions here for Jack G, Andy S and Ava T. 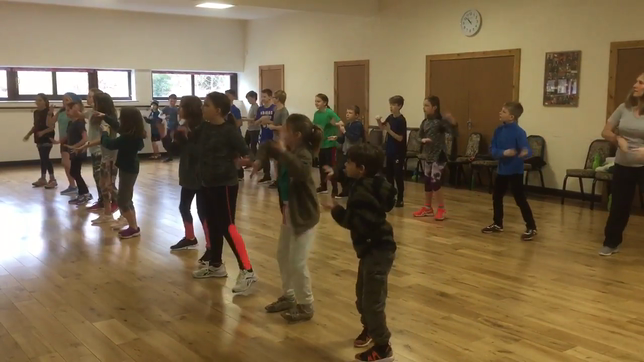 Despite our barrier related issues to start the day, the journey down to Devon was straightforward. Upon arrival we were quick to split into our respective teams and get stuck into our activities.

Red and Green teams kicked off their day with some fast paced tennis action before having a go at some curling which the children really enjoyed as it was something that most had never done before.

When it was the turn of blue and yellow, the competition began - blue team won their round 14-8 before red had their time to shine with a 17-15 win. A special mention to Tom F, Dominic H, Frankie L, Holly Q and Megan RN for their fantastic support and performances in this activity.

By late afternoon it was time to head to the pool. Here we had time for a high-intensity game of water polo. In the first game, an end-to-end encounter ended in a 12-12 draw between red and green team. Special mentions here go to Libby GM, Emily R, Will F and Will M for their efforts. Mr Paynter stole man of the match for a superb length of the pool goal under great pressure from Niamh and Samuel!

An equally competitive encounter between yellow and blue ended 18-11 to the blue team. Jack G was inspirational as goalkeeper, Miss Bentham tried her best to emulate Mr Paynter but could not reach the standard that was set earlier in the day. Lucy C was pick of the bunch for the yellow team.

After an active start to our day we settled ourselves into our rooms and went for a delicious tea before retiring back to our rooms for a much needed sleep.

Check back tomorrow for further updates!

The attitude and application of the children so far has been fantastic. Keep it up guys!